When I first booked a ferry crossing between Spain and England with my two little boys in October 2009, it seemed a daunting task. First, there was the 10-hour drive from Andalucia to reach the port of Bilbao (cue constant child squabbles on the back seat combined with “are we nearly there yet”); a pre-booked hotel near the port that had an unexpected infant supplement; a row over a lost map with their father, who had inadvisably joined the trip.

I remember our crossing on the P&O Pride of Bilbao vessel all too well (fortunately, we could never repeat this fascinating trip as the ship was later renamed the Princess Anastasia and sold off to Sweden).

On this occasion, the Bay of Biscay lived up to its reputation. The sea was rough. Old people were retiring to their cabins to lie down and/or throw up. Kids were being sick on the playroom carpet.

Excited by the curious listing motion of the ship, my ‘little dears’ – then aged one-and-a-half and three years – were rampaging around the self-service restaurant, trying to unplug the electricity supply to the nearby carvery. Old ladies were tutting and meanwhile, their father was defining the meaning of “booze cruise”. I can’t say this crossing was much fun!

Forward to October 2010. This time, I am with the boys (now aged two-and-a-half and four years) on the Brittany Ferries‘ Cap Finistere – a more salubrious vessel than the Pride of Bilbao, which had been withdrawn from service a month earlier.

The ferry is routed via Roscoff for a docking trial, resulting in a 10-hour delay to our arrival in Portsmouth.

Brittany Ferries kindly provided a discount on all food and beverages but, when unleashed into the ship’s eateries, the now bored and hyper kids are climbing on banquettes and upsetting the waiting staff. When I take the errant kids into our four-berth outside cabin, situated directly above the ship’s nightclub bar, they literally bounce off the walls.

Sailing with kids must get better than this surely? The good news is that it does.

Since October 2010, my small family has completed several enjoyable ferry crossings – and the little boys, now aged four-and-a-haf and six years, who have never plummeted the murky depths of “bored on-board” behaviour again.

During the past two years, we’ve found that the two Brittany Ferries vessels operating between England and Spain – the Pont Aven and Cap Finistere – cater well for single parent families. 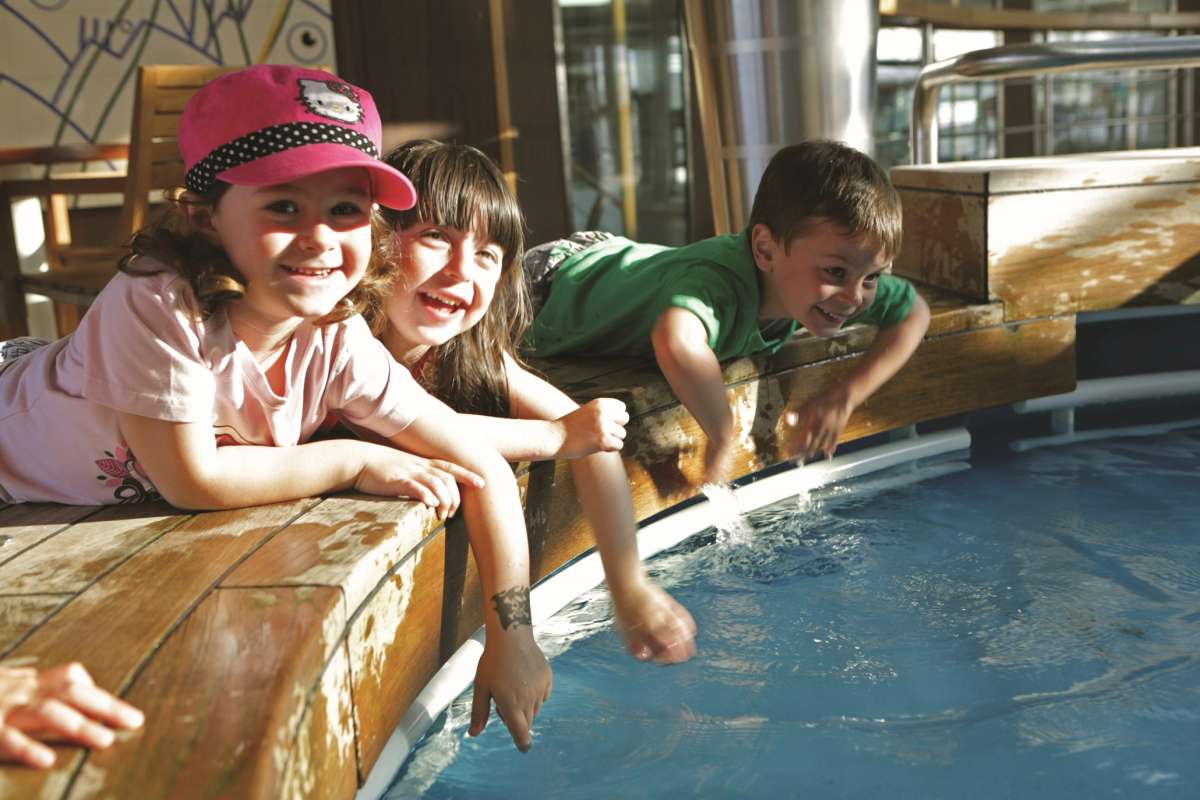 In 2011, the Cap Finistere was fitted with a kids’ play area on a top deck, conveniently located near the salt water swimming pool and a sunbathing area favoured by adults. Her sister vessel, the larger Pont Aven, also has a salt water swimming pool. Both pools open from mid-April to September, depending on the prevailing weather and sea conditions.

Offering plenty of space to relax on the 24-hour crossing, the Pont Aven has become our top choice for sailing between England and Spain. The vessel includes a cinema, games room, a dedicated kids’ room with soft play area and – during the high season – kids’ activities take place in the nightclub bar. Although we’ve not yet tested this service, the Pont Aven kids’ club starts in mid-May or early June. Costing £4 for an hour or £7 for two hours respite, it enables parents to leave their offspring with the resident hostess, who is experienced at childcare. 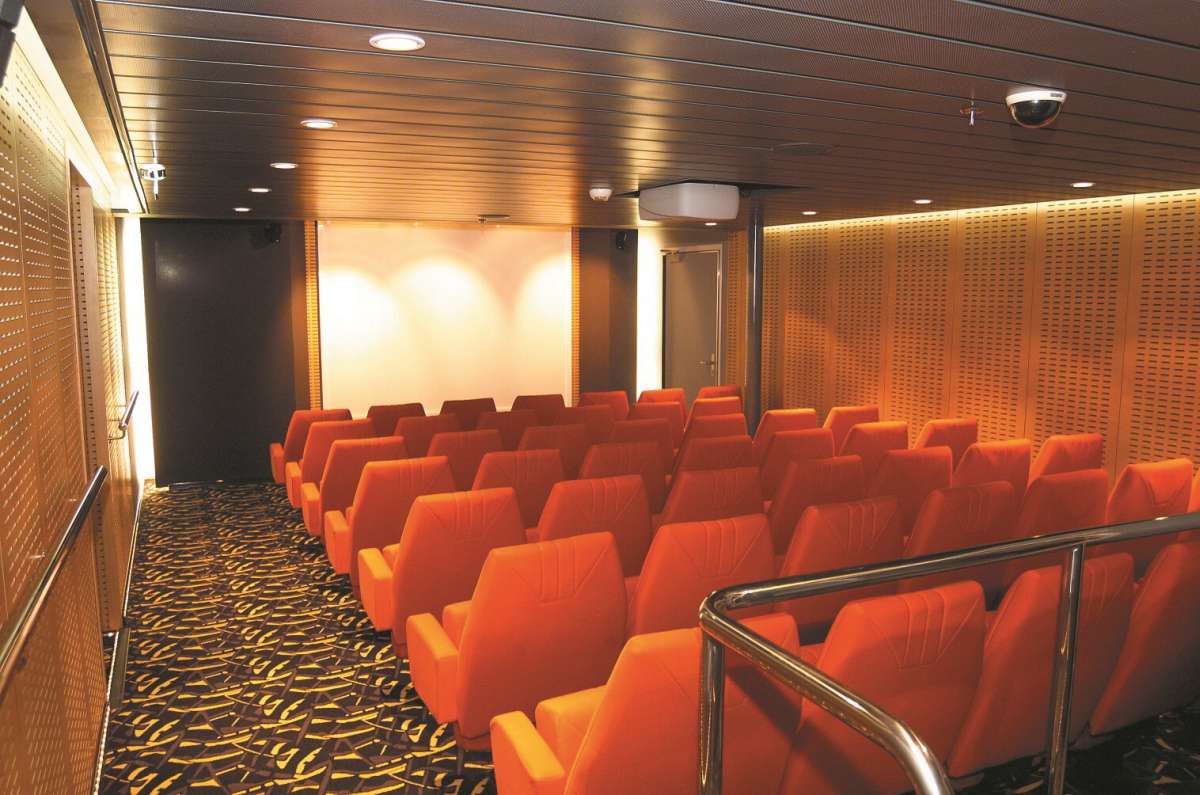 The Pont Aven and Cap Finistere both employ a magician. We recently caught up with one of these on the Cap Finistere.  My eldest son became fixated on figuring out his card tricks. The young chap gamely tried to copy a card flourish trick for about 10 minutes, before realising that the magician’s deck was taped together so the cards couldn’t fall. He also won a round of ‘Play your Cards Right’ while Mummy made a bad choice and lost her chance to win a free drink from the bar. All great fun!

The boys have been similarly impressed with on-board activities including balloon animal construction, bingo and quizzes. On high-season crossings, they might also encounter face painting, hair braiding and the viewing of sea creatures. 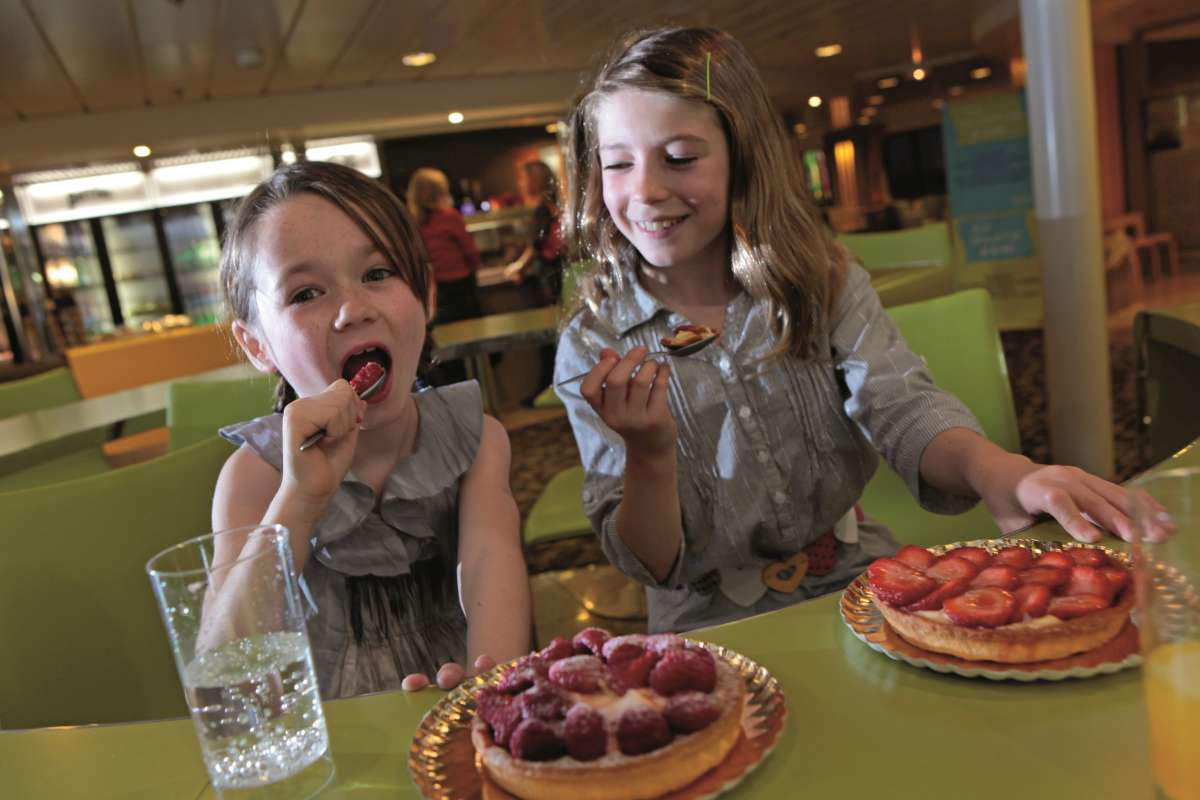 When it’s time to eat, both the Cap Finistere and Pont Aven offer dining options ranging from self-service to a la carte.

On our recent Cap Finistere crossing, we enjoyed the poolside bar/restaurant that serves good-value pizza and burgers for around £8.

On the Pont Aven, our favourite daytime eatery is the comprehensive self-service restaurant that serves everything from salads to cooked meals, with prices starting at approximately £4. 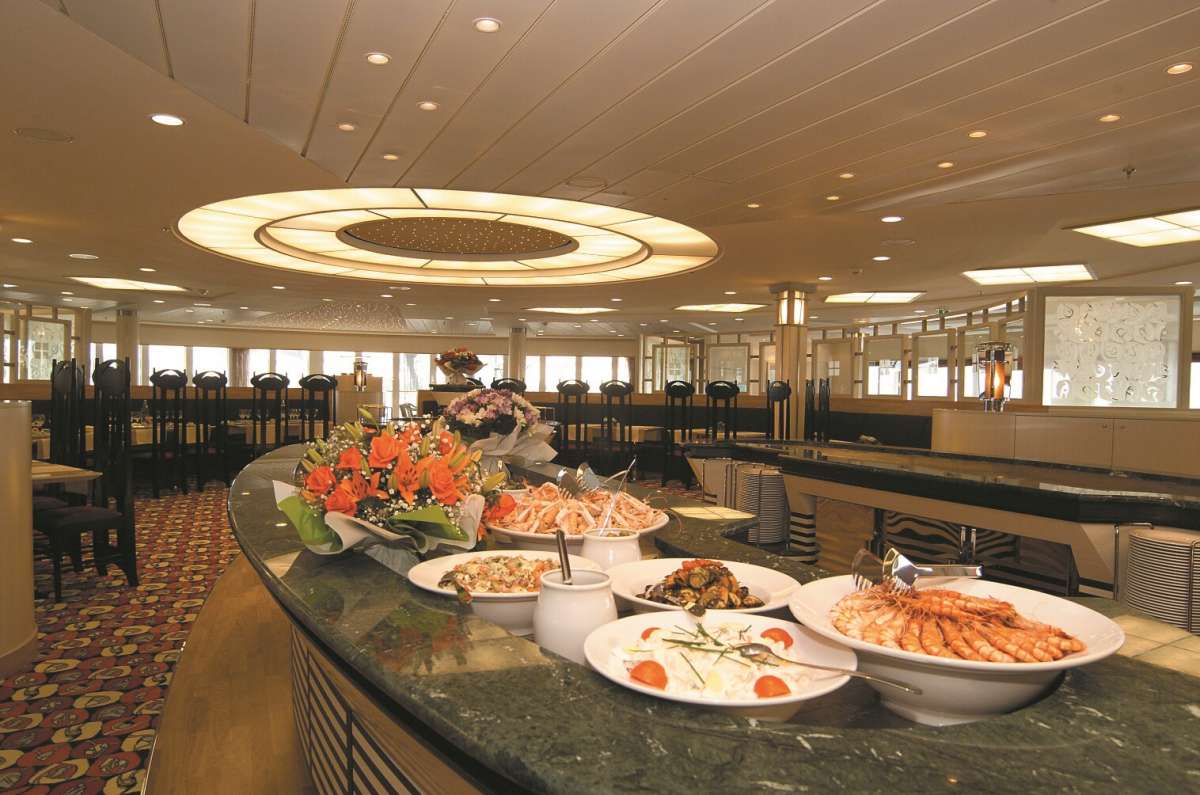 More expensive with a two course meal costing £22.50 and a three course meal £28.50, the Pont Aven’s a la carte restaurant, La Flora, is the ideal place for a civilised dinner experience, and the buffet is impressive.

That said, I recall the occasion when my youngest son spoiled the “civilised dinner experience” (and the carpet) by upending a plate of fries smothered with tomato ketchup on to the floor. Single parents travelling with toddlers who haven’t yet refined their table manners could, conceivably, select their food from La Flora and then ask for it to be delivered directly to their cabin. 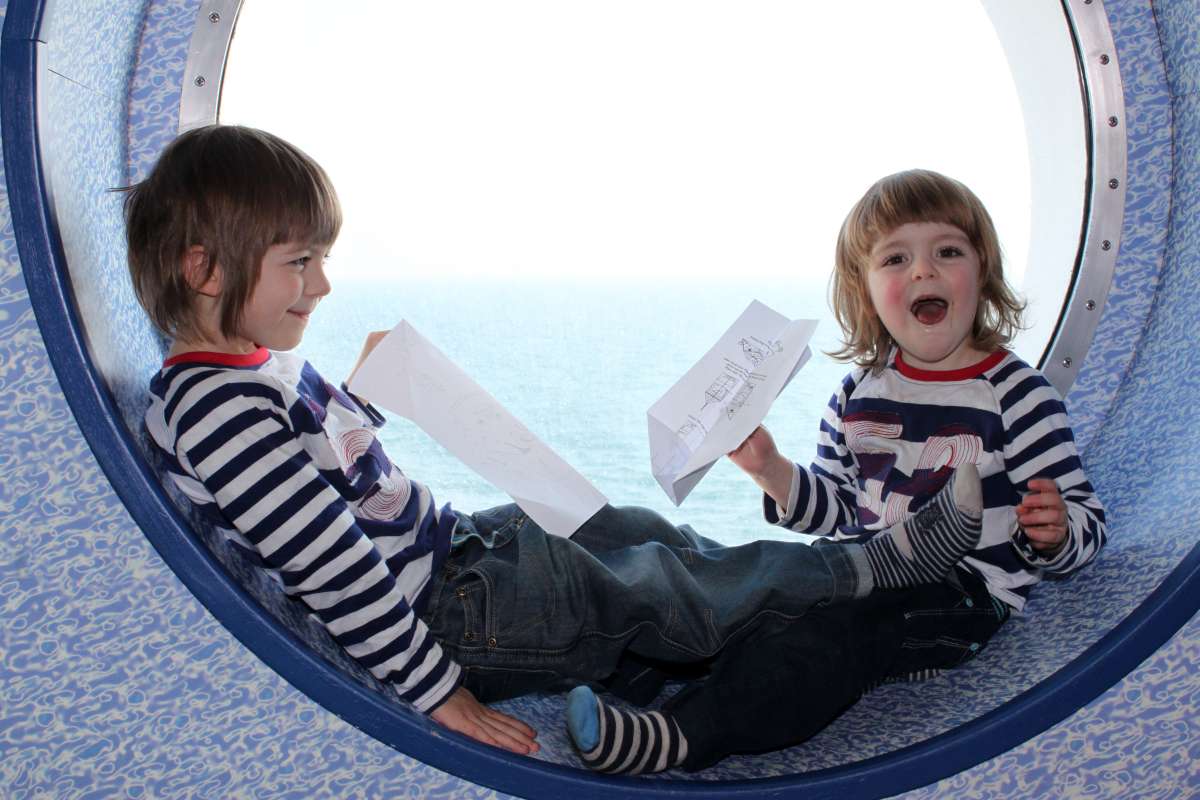 Boys enjoying the view from the porthole

On the topic of cabins, if you can afford the slightly higher fare, it’s well worth booking a Deluxe or Commodore cabin, instead of a standard cabin with bunks. More like a hotel room, the deluxe cabin provides plenty of space for younger family members to play, as well as offering a TV and DVD player, tea/coffee making facilities and breakfast served to the room. When residing in a bigger cabin, we tend to spend less time strolling around the ship and, in turn, spend less money in food areas and bars. This narrows the price gap between standard and deluxe accommodation somewhat.

For those staying in a standard cabin, a solid piece of advice is: don’t forget your laptop or portable DVD player. Even the most over-excited of small children can be entertained for several hours with a selection of kids’ movies, while you enjoy a well-earned rest during the crossing.

It’s also worth investing in the kids’ snack packs, costing £5.50, that contain reasonably substantial plastic toys. These keep the little ones amused for a while, at least, before they revert to watching ‘Pirates of the Caribbean’.

Families can obtain the best deals on Brittany Ferries crossings between Portsmouth / Plymouth and Bilbao / Santander by booking early on their website, which shows the cheapest fares. 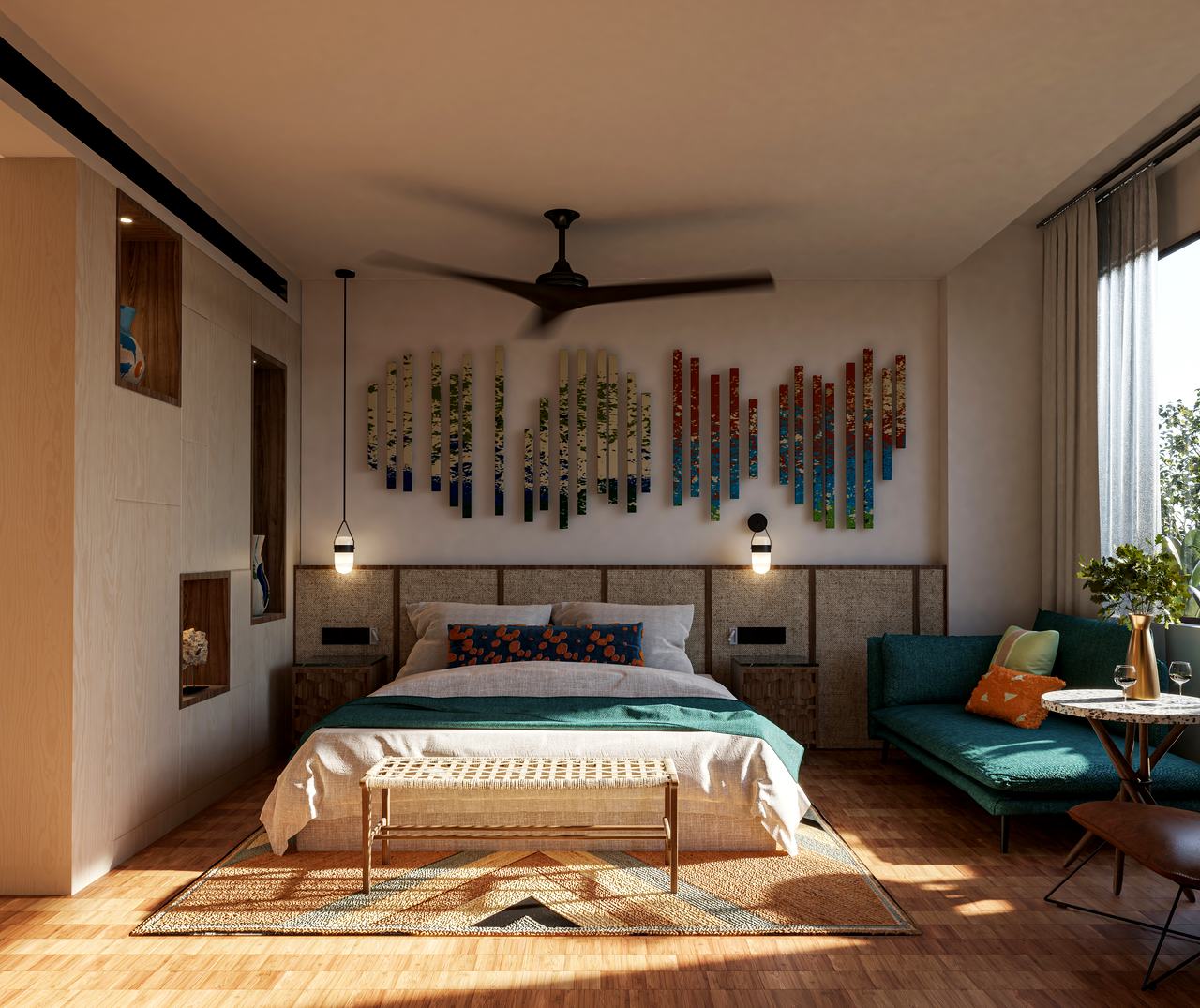 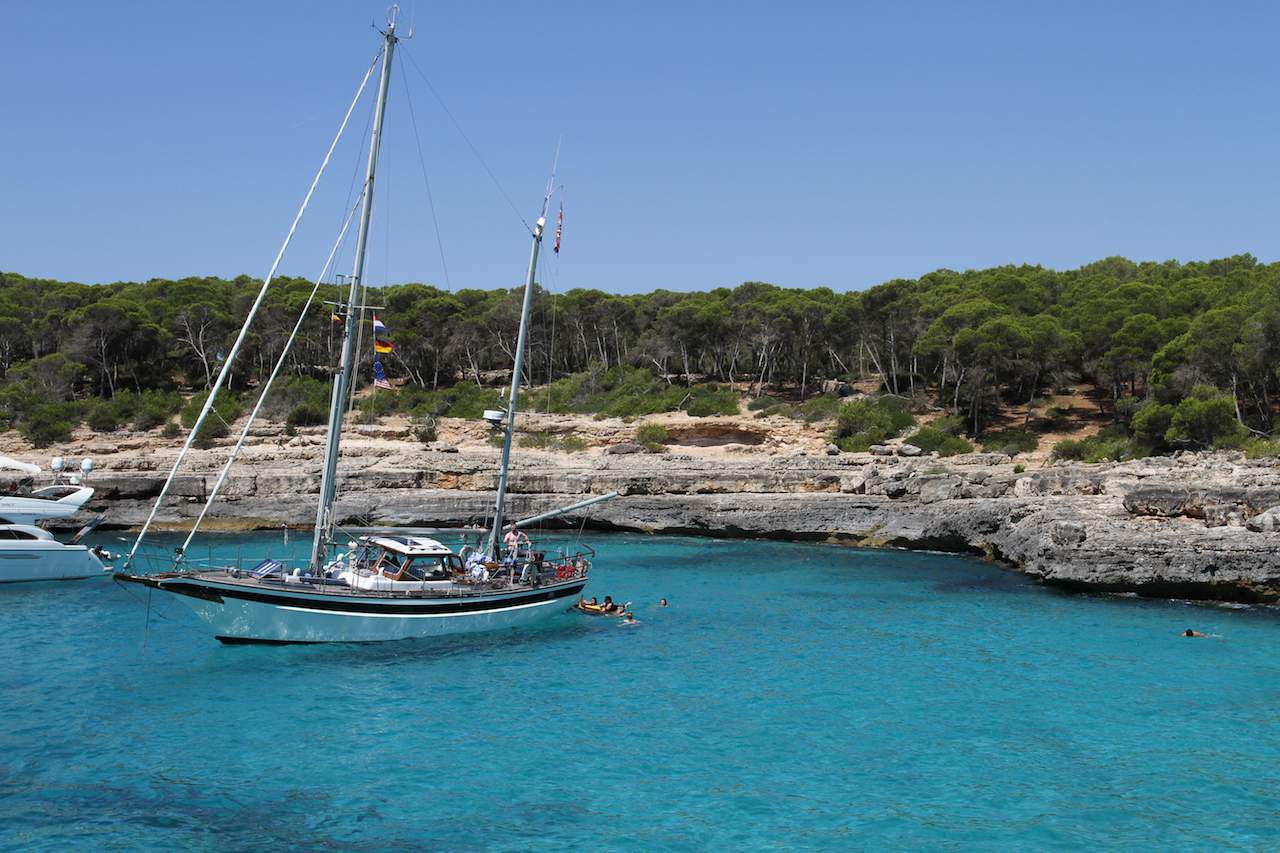 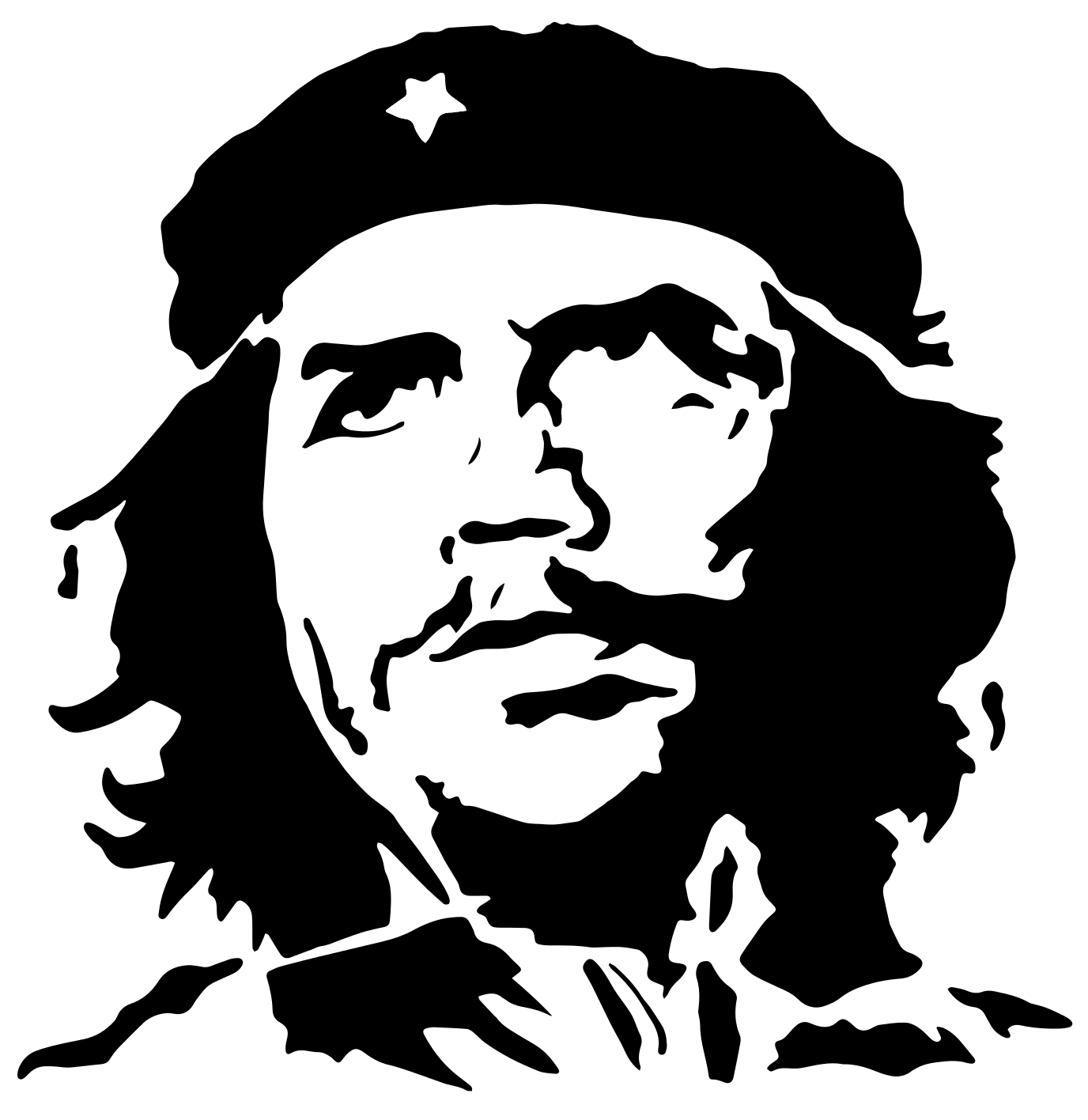 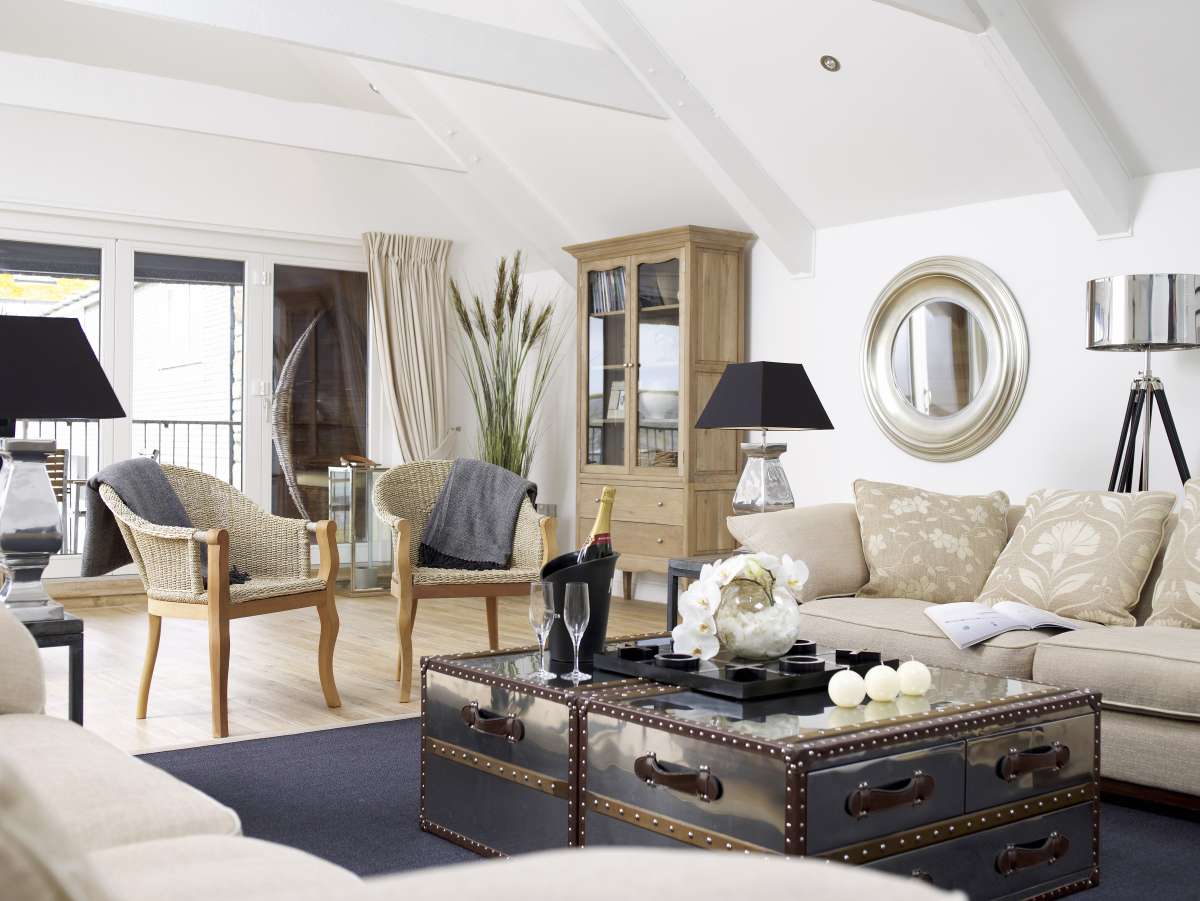 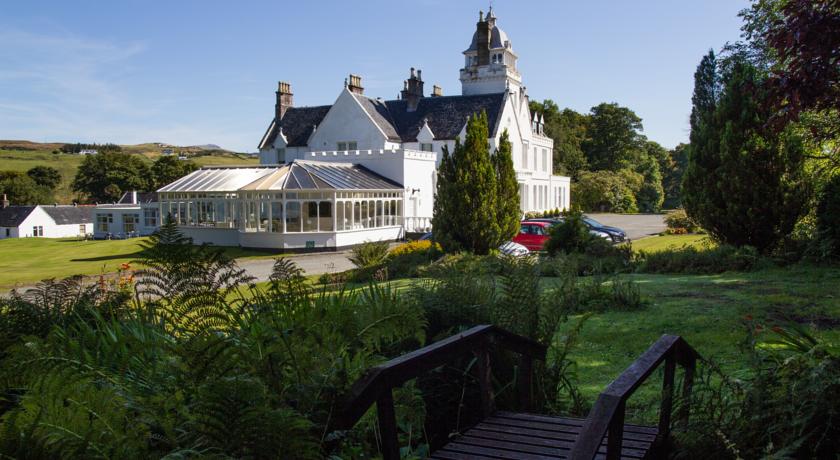 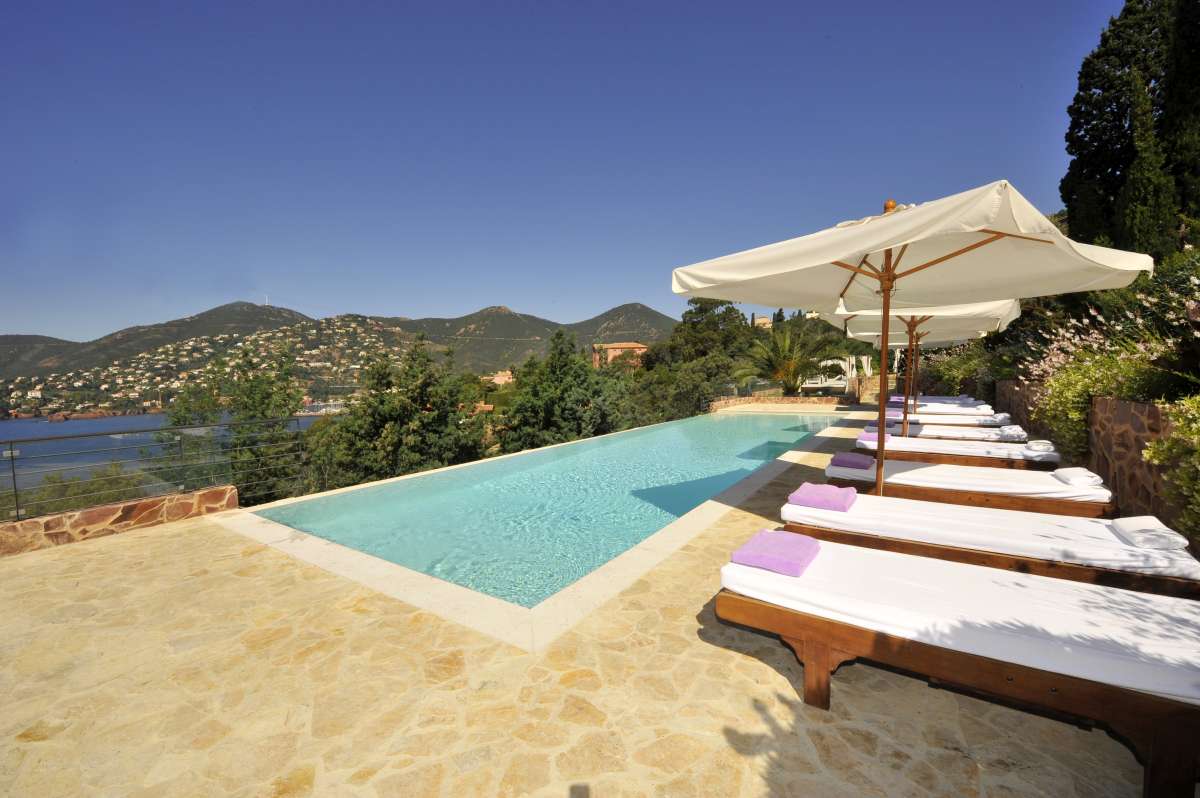 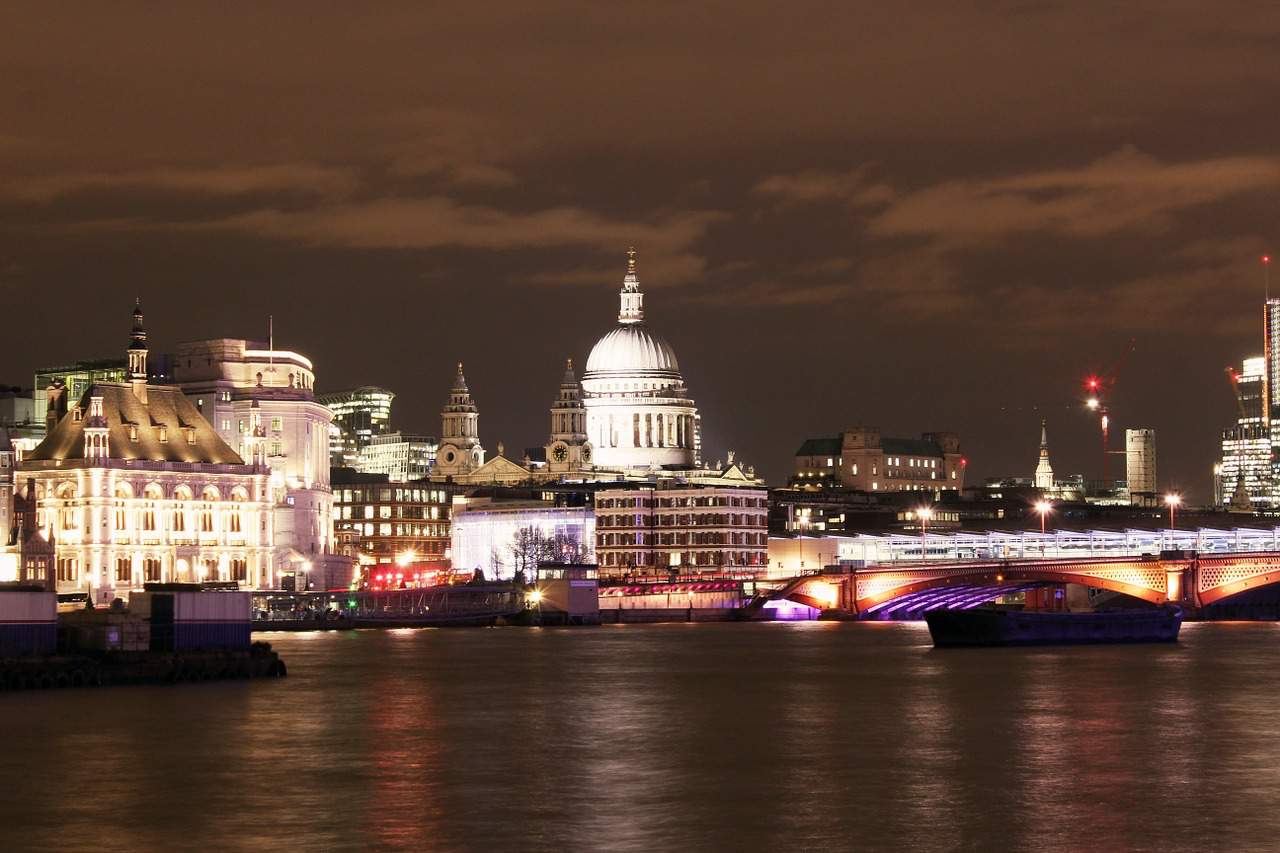 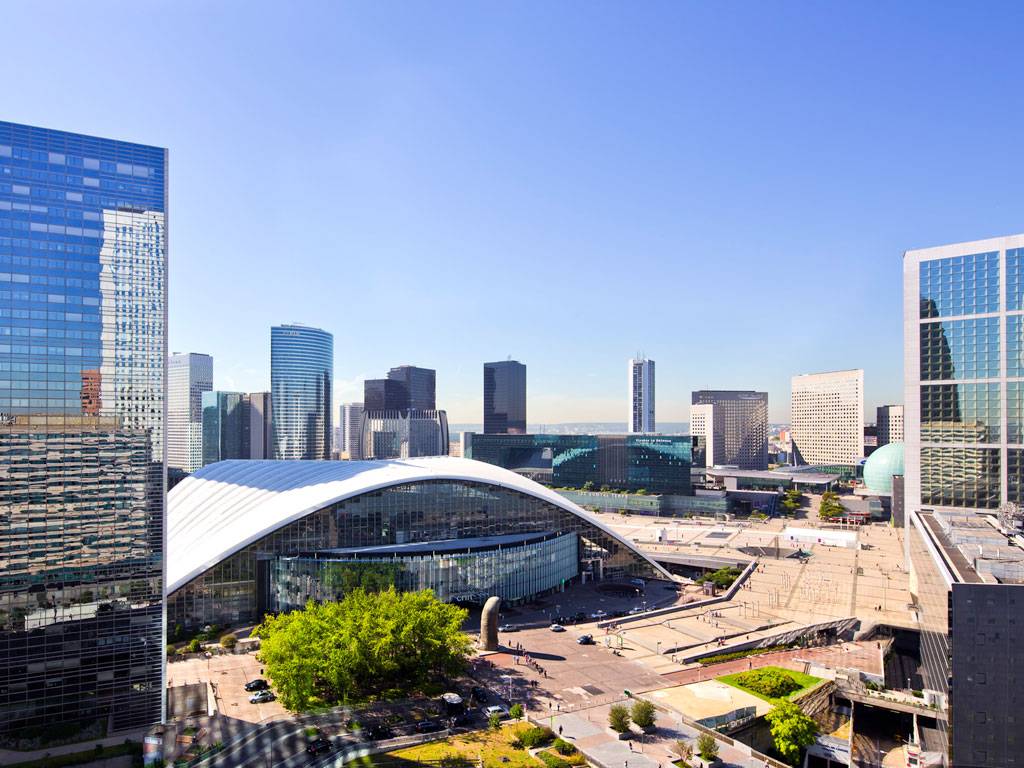